With over 60 regions in 28 zones, Australia is not spoilt for choice or diversity in our wine. While everyone might know about Barossa Shiraz or Hunter Semillon, there are still a lot of smaller or newer wine regions waiting for consumers to discover them. Here is our list of the top five that you should look out for, or even make a ‘B’ line for.

Canberra District is home to one of Australia’s highly rated wines, Clonakilla Shiraz Viognier. Established in Murrumbateman in 1971 by the Kirk family, Clonakilla has not only flown the flag for the region but been one of the standard bearers for Australian cool climate shiraz.

Canberra District is actually predominately in New South Wales and joining into the ACT. It benefits from being so close to the city of Canberra itself for local trade and tourism. It forms part of the of Southern New South Wales zone, along with Gundagai, Hilltops & Tumbarumba, all of which are demanding more respect than previously granted. Shiraz and Riesling are the mainstay varieties of the region, but you will also find Chardonnay, Viognier and Pinot Noir. The fact there are over 30 cellar doors here just goes to show how much potential there is here. 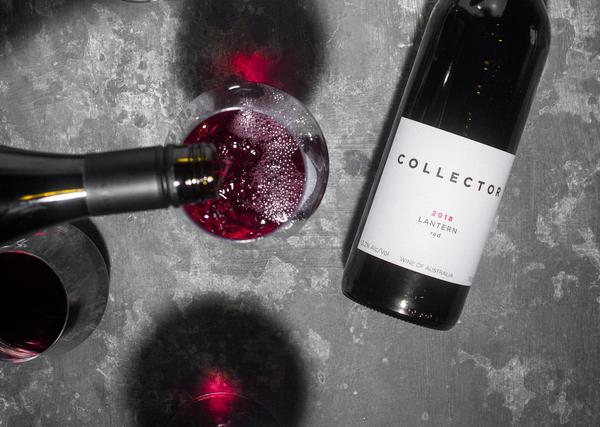 Queensland is not a state that necessarily comes to mind when one thinks about Australian wine, but it is still included in the generic, catch-all that is the South Eastern Australia zone. While much of the state is considerably too hot and too far north to grow grapes, the Granite Belt has the benefit of altitude to counteract this, giving it a cool climate. It is even cold enough here for them to occasionally get winter snow! Located around the town of Stanthorpe, its southern boundary being the New South Wales border, most vineyards are planted between 600m-1300m above sea level on the slopes of the Great Dividing Range. There is plenty of diversity within the area due to the many different aspects of the slopes. The region gets its name from the plentiful granite deposits that it sits upon. The region is still relatively new, having only been granted a Geographical Indication (GI) in 2002 and becoming only the second GI in Queensland. There are also a number of orchards in the region and consequently produces plenty of cider.

The Granite Belt does well with both Chardonnay and Shiraz, However, it is the alternative varieties that they are starting to make their mark with. Known as their Strange Birds, these alternative varieties represent less than 1% of the total bearing vines in Australia as defined by Wine Australia. These Strange Birds are a feature of the Granite Belt Wine Trail Map. Distribution is currently limited with most wines only available either at the Cellar Door or via mailing list. If you are in Brisbane, however, you will start seeing these more and more on local lists with most restaurants starting to offer at least something from here.

Swan Valley is not new. In fact, it is home to the oldest vines and part of the oldest region in Western Australia. The well-known Houghton Wines was established here in 1836. The quintessentially Australian, Houghton White Burgundy (now White Classic), created in 1937 and Australia’s oldest consecutive-vintage white wine, has the Swan Valley as a major contributor to the blend. Considering Houghton have only had 13 winemakers in history since then is testament to how good the region is.

Swan Valley is a sub-region of the Swan District, barely 20km north-east of Perth, up the Swan River. It is the better known than both Peel and Perth Hills, the other two regions that comprise the Greater Perth Zone. Although the area has a warm to hot Mediterranean climate, the moderating influences of the south-westerly sea breeze, the Fremantle Doctor, and the Swan River cool it enough to produce full flavoured and full-bodied whites, Chenin Blanc, Verdelho and Chardonnay. You will also find some Shiraz and Cabernet here too, along with a good selection of fortified wines. Chances are, if you dine in Perth restaurant, you are just as likely to find something from the Swan Valley being poured by the glass.

Wrattonbully is essentially the northern extension of Coonawarra. Originally better known for its prime lamb, beef and pasture seed production, it contains large tracts of terra rossa soils over limestone that have now become synonymous with Coonawarra. As part of the Limestone Coast zone, it is home to the World Heritage listed Naracoorte Caves which would be a perfect excuse to take the family there for an “educational” holiday. The climate is more continental than Coonawarra, bigger diurnals allow for perfect slow and even ripening of the fruit. Vines were first planted here in the 1960’s, but major interest in the region did not happen until the late 1990’s.

This is predominately red wine country, Cabernet, Shiraz, Malbec and Tempranillo. However, you will also find some Chardonnay here too. Merlot might be out of favour with the market, but trust me, this is the region to put Merlot back on the map. Yalumba, one of the biggest brands in Australian wine, has significant holdings in the region, which shows just how much potential there is here. Yalumba’s only dessert wine, the FSW8B Botrytis Viognier is sourced from 100% Wrattonbully fruit.

King Valley sits in the North East Victoria zone, along with Beechworth, Glenrowan and Rutherglen, so it should come as no surprise that great wine can come from this area. Brown Brothers, a key member of Australia’s First Families of Wine, have been here since 1889, yet the region was only formally recognised as a GI in 2007. Sitting within Victoria’s High Country means the region lends itself to better to white varieties, but the diversity in climate and soil over the region produces a range of styles from sparkling to fortified.

The King Valley produces the majority of Australian Prosecco which, given the popularity of the style, shows just how much people like the region, although I doubt most would actually think about the origin of the grapes when they drink the wines. The strong Italian heritage in the area has also meant that the Italian varieties have thrived here, in particular Pinot Grigio and Sangiovese.