Why Whisky when you can Whiskey?

A guide to imbibing

There is something extremely Sean Connery about pouring yourself a dram of Glenlivet in Winter. There is also something very Robert Downey Jnr about stirring yourself a perfect Manhattan in Summer. Whilst spelt similar and made using similar methods there are deep and divisive differences between the Single Malt Scotch Whisky (classically produced in Scotland) and the Bourbon Whiskey (produced in US). Couple this with the rise in craft distilleries and you have a recipe for the confused and uneducated spirit drinker. Today I try to demystify and explain the situation as well as attempt to give some solid guidance to how to drink these classic spirits.

So, what are the differences? To put it simply Scotch Whisky ( the benchmark for most of us in the dram world and those trying to emulate a classic style) must be produced in Scotland and aged min of 3 yrs in cask. It must meet the following also

-Processed at that distillery into a mash

-Fermented at that distillery only by adding yeast

-Distilled at an alcoholic strength by volume of less than 94.8%

-Retain the colour, aroma, and taste of the raw materials used in, and the method of, its production and maturation

-Contain no added substances, other than water and plain (E150A) caramel colouring

-Comprise a minimum alcoholic strength by volume of 40%

Once all the legal jargon is complete you have a Scotch! These spirits are often defined by the water of the area and this gives most their unique signature and flavour.

-Made from a grain mixture that is at least 51% corn

-Entered into the container for aging at no more than 125 proof (62.5% alcohol by volume)

Then, to confuse the issue we have Rye Whiskey, Tennessee and a bunch of others all which mainly associate themselves to a maker – many of these can also be combinations of styles.

Rye whiskey is the same as Boubon but at least 51% rye grain in the distillation. And Candadian Rye is historical.

Generally, these styles are sweeter than single malt Scotch and the Rye can be somewhere in between. If you fancy a Rye access Woodford Reserve, delicious on its own or on the rocks and stirred down with bitters.

Neat – enjoy the pure spirit at its most naked form

Mixer – for those of us less firm in our taste

There are many legal settings surrounding these fine beverages and those in Scotland were updated in 2009.

Currently there is a massive movement towards craft spirit and alternatives to Scotch whisky. Japan produces some amazing products and they actually have the largest distillery in the world owned by Suntory. This gives the consumer plenty of choice when it comes to fine spirits. 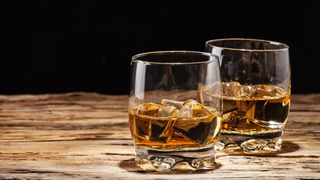 What is the best thing to drink with these spirits? When you get to the finer styles fine food pairs very well. Think fine Speyside malts and abalone or chocolate dark and a rich Highland scotch. Temperature is very important when it comes to spirit and food matching. I.e. if your having a cold desert think about putting ice or water in your malt so the temperatures of both are more complementary. Once you start mixing your malts with a soda or similar you create an even more challenging match. These styles of pairings needs to be more precise as the flavours are more diluted.

Classics – If you are looking for benchmarks, a few to look for

Japan – Try Hakushu if you can find it

And again we go on. Whisky is now produced in almost every corner of the globe with home distillers doing their thing and trying out new spirits. Some of these eventuate into new projects and companies but many remain home brew. The amount of time and effort to get something polished enough to market is massive if you consider the finer single malts are at least 10yeras in barrel before they are ready.

No matter what your choice, or taste, there a world of devine spirits accessible to all consumer’s – the only issue is is trying to decide where to go next.